The origin of the European Union dates back to the difficult times of the Second World War, it was founded with the aim of overcoming the economic crisis and promoting peace and well-being among the citizens of the continent.

The European Union is an international geopolitical institution that watches over the interests of the member countries and their economic and political treaties that they carry out with nations that do not belong to the community.

It is a political community of international law, which was created to promote the integration and distribution of common goods throughout the European territory.

The European Union has developed a system with political and legal bases with very particular characteristics, which basically refer to a transnational form of government that shows similarities to multilateral cooperation agreements between countries.

The foundation of the organization is to promote integration between nations, promoting and controlling common policies seeking to achieve the much desired economic and social progress in a peaceful and equitable manner.

In 1951 the nations of France, Italy, Belgium, the Netherlands, Luxembourg and West Germany, united under the initiative of Winston Churchill and Robert Schuman, in what was called the European Coal and Steel Community, which had international competition.

At the beginning of its functions, the body was based on three pre-existing communities, the Coal and Steel Community, the Atomic Energy Community, the European Economic Community, and then the Common Foreign Policy and Judicial and Police Cooperation were added.

A new international organization arises according to the parameters of the Treaty of the European Union which have been in force since November 1, 1993. The institution has a single currency, a flag and an anthem.

On December 1, 2009, a significant change occurred, which was established in the Lisbon Treaty, where the organization assumed a single legal personality subject to International Law.

Characteristics of the European Union

The European Union is governed by its own internal legislation, which combines elements of multilateral cooperation.

It is structured as a supranational entity, which means that the member countries give up part of their international powers for integration and the common good.

The Legal Order of the European Union governs the operation and determines the competences of the organization. It presents differences with international law and with the internal political regulations of each member country.

From this type of particular legislation, principles such as European Citizenship or the monetary union that manifests itself in the system for the implementation of the Euro have emerged.

The objectives of the European Union are established in its internal guidelines, its regulations are based on seeking continental unification for the benefit of the countries that make up the body.

The international community has the following objectives and powers, as indicated in the Treaty on the Functioning of the European Union:

The institutions of the European Union promote the integration of nations through political and economic actions in different aspects common to member countries.

What is the European Union?

The European Union is a geopolitical entity made up of 27 countries and 7 institutions to which the member states validate their powers to carry out actions on behalf of the body as an international community.

To fulfill its objective, it has contributed to creating a single international market that benefits the member countries of the community, which enjoy privileges and rights in the personal sphere, goods, services and capital, as if it were the same country.

The European Union is an international body governed by an internal system that follows the guidelines of participatory democracy.

This means that the member countries elect officials to represent the interests of each of the nations, in different areas.

Institutions that make up the European Union

The European Union is governed by an internal system that integrates a total of 7 institutions:

Among them, the European Council stands out, which carries out political orientations and foreign representation of the member countries of the community.

While the Parliament and the Council of the European Community have the authority to create laws and make legislative decisions.

Other bodies that intervene in the functions of the European Union are the Economic and Social Committee, the Committee of the Regions, the European Ombudsman, the High Representative for Foreign Affairs and Security Policy.

It is made up of 705 deputies who are elected every 5 years by universal suffrage, by citizens of the European Union.

Regarding the functions of Parliament, these are divided into three different areas, the institution examines European legislation, approves the budget of the aforementioned body and controls the performance of other institutions.

It approves international agreements, the admission of new members and trade agreements between the countries of the European Union with other nations.

It is made up of 27 Heads of State of the member countries, also belonging to this institution, the President of the European Commission and the highest authority of the Council.

Its functions basically consist of establishing guidelines and political objectives in relevant aspects at the international level.

Council of the European Union

It is the institution that integrates representatives of each of the member states that hold ministerial office, which is why it is also usually called the Council of Ministers.

Its main function is to define and coordinate the terms of the policies implemented in international treaties.

It controls compliance with the policies issued by the international organization, is in charge of the legislative initiative and is in charge of defending the treaties of the European Union, it is independent of the governments of the member countries.

Court of Justice of the European Union

The Court of Justice exercises community legal powers between the member countries. Its mission is to interpret and apply the Law from the supranational authority.

The court of accounts is in charge of the supervision of the monetary funds belonging to the community.

It is in charge of the supervision and control of the assets of the European Union, for which it prepares an annual report that is analyzed by Parliament and the Council, with the aim of approving the budget for the coming year.

The European Central Bank directs monetary policies of the countries of the continent. The objective pursued by this institution is to provide price stability in the euro zone.

The governmental authorities of Rome based their authority on institutions and popular representatives that concentrated the power of the Republic, directed towards a very well organized expansionist policy.

The authorities of the Government of Rome were organized in such a way that the Emperor was the highest authority, who came to have absolute autonomy to decide on matters relevant to the Republic.

The vast territory of the Roman Empire began a series of stages in which four forms of government were presented, each with their respective representatives and government authorities, these are the Monarchy, Republic, Principality and Dominated.

In the monarchical stage the King was the highest governmental authority, had powers and competences in all political, social and military fields within Rome.

It was a lifetime position, where he was a legislator and judge, during wartime he was also the Supreme Commander of the Army.

In the case of the death of the monarch, the Government of Rome passed to the Senators, who took turns to hold office until a new King was elected.

After the Republic stage ended, a new figure of power called the Emperor emerged.

The authority of the emperor concentrated individual and collective powers with competence in all areas, it also had independence from the institutions. He exercised sovereignly, with power over any government matter.

The Consuls were representatives of the authority in Rome, they exercised government functions, with specific powers and under the authorization of the members of the Senate, to whom they were accountable for their performance.

They had participation at the political level, intervened in military decisions, and controlled each other in their functions, to reduce the possibility of abuses of power.

In the event that the Republic was under threat or imminent danger of invasion, declared war or any other risk to the citizens, the Consuls resorted to appointing a Dictator.

This position required the person to have military and political experience, since she was responsible for defending the nation, having absolute authority and independence in her decisions.

The main function of the Senate was to advise the decisions of the King or the Emperor. It was a collegiate organization, in which the representatives of each civil group recognized in Rome exercised political functions.

The members of the Senate were appointed by the highest authority of the government, who added members according to their convenience to achieve political favors.

The Senate enjoyed moral authority, which is why they were considered wise people, of whom it was prudent to have their support. This is why the King and the Emperor requested his opinion on delicate matters of State.

The Roman Assemblies laid the foundations of modern democracy. In this governmental institution in Rome, the members had the right to vote, although with the particularity that it was paid in a grouped way by social stratum and economic level.

The Roman town was divided in Curias, which were directed by a called leader Curio Maximus or Curión, who had political and religious authority.

Once the Monarchy stage was over, a series of magistracies emerged, which were organized according to the authority and competence of their members. Among these groups (collegiate) are:

The civil organizations of Rome represented the interests of the nation for the well-being of its citizens, contributing to the political and social organization of the entire territory, with the ideal of building a strong republic with solid participatory foundations.

Civil organizations are organized structures that seek to establish conventions within the social environment, acting as support to the government of the nation.

The common characteristic of this type of institution is that they seek to obtain collective benefits by making concrete social objectives possible, bringing together individuals who share the same purpose and pursue goals with similar purposes.

In Rome, civil organizations acted according to the type of citizenship possessed by the people who made it up. The existing social classes determined what your status was, your rights and duties, as well as the institutions to which you could belong.

There were two types of social classes, the Patricians who owned most of the land, property and influence in political power and the commoners, who had to organize to get some of the basic rights recognized for their citizens.

Civil organizations based the Roman economy on a slave production system, where labor was obtained that was paid for with food, without enjoying any social rights or privileges.

During the time of the Roman Empire, divisions of social groups arose that formed the basis of the institutions and civil organizations of Rome: 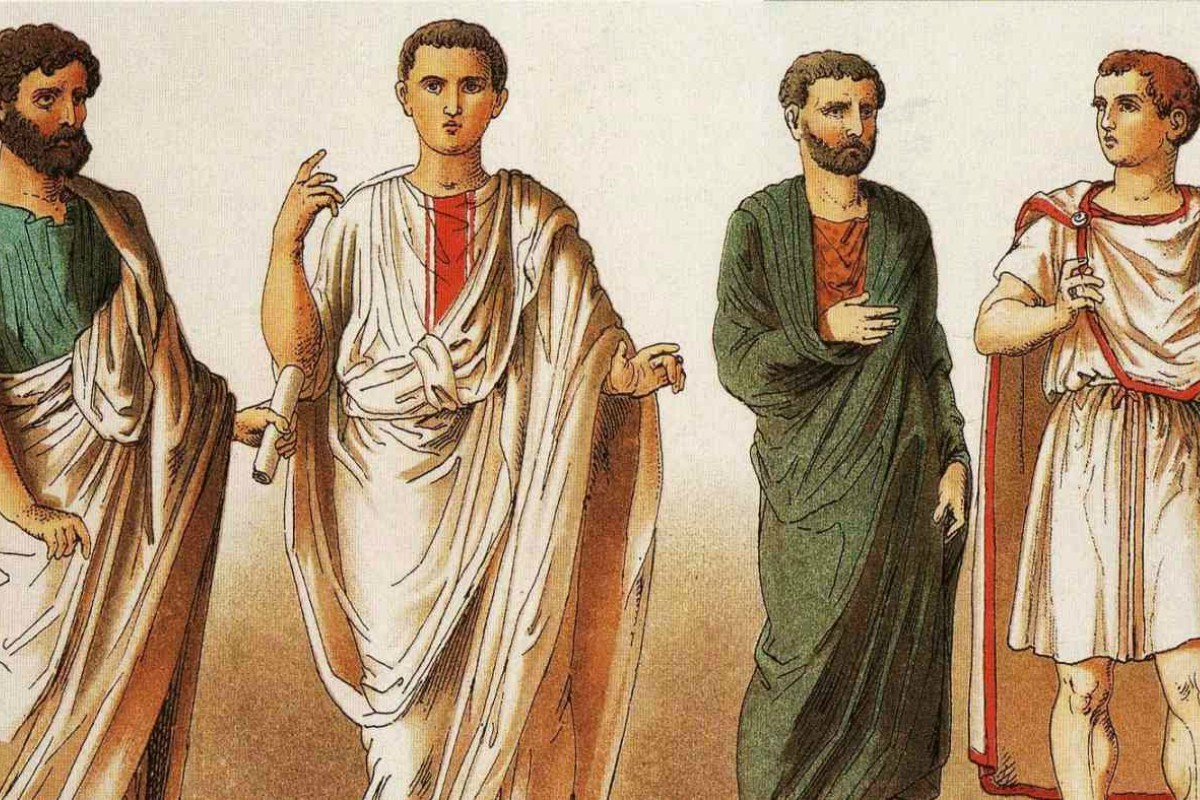 The social institutions in Rome were based on citizenship, they were divided according to the economic status that a citizen had.

The social class defined the rank that corresponded to him in the army, the exemption from belonging to it and the relationships with other free members of Roman society.

The economy had civil organizations called Collegium which were a type of Roman organization that was governed by its own statutes, where its competence, the performance of its members and the objective of the institution were established.

These institutions used to group citizens voluntarily, according to their needs and characteristics, to demand rights and other privileges.

In Rome there were a series of representative government institutions, some were the exclusive competence of the patricians, which evolved due to the intervention of the commoners, who by the fact of paying taxes and serving in the army were acquiring more participation.

The main institutions were the following: